Joined in Love with You

Ayaka Izumi
Mai Sawaguchi (沢口 麻衣, Sawaguchi Mai? ) is the protagonist of A Kiss For The Petals - Joined in Love with You and the fifth character introduced in the series. She and Reo Kawamura form the third couple of the series. Mai is considered the second most popular character, under Reo.

Mai's maturity is shown through her responsible personality both through interacting with her peers and in her time spent with Reo Kawamura. When Reo got sick once after they made love in the infirmary, Mai took to taking care of her.

Her tomboyish personality is particularly apparent when engaging in sexual activities with Reo, as she would often take the lead. As a result, she is the more dominant partner, preferring to give to Reo as well as to both initiate and take control of their encounters together. It can therefore be inferred that Mai is also a very generous but perverted tomboy, as she would rather for Reo to orgasm in their encounters than for herself to do so. Despite being perverted, she is also incredibly caring to Reo, often checking if her affections are not too overwhelming for her lover.

A second-year student, she's grown up at St. Michael's, having attended since kindergarten. Her parents are an average working couple.

She doesn't hold any particular title in her class; however, due to her helpful big sister-like personality, others have a tendency to rely on her.

A “commoner” in her own words. She's spent so much time at St. Michael's, she's gotten quite accustomed to dealing with high-class young ladies.

It's that self-confident attitude that makes her so popular with others, and it's not unusual for her to receive love letters from under and upper classmen alike.[3]

A third-year student, she’s been a lifelong student of St. Michael’s since kindergarten, but her parents are an average working couple.

She doesn’t hold any official title within her class, but perhaps due to her caring, sisterly nature, it seems others rely on her regularly.

It’s because of that fearless personality and the popularity of her lively attitude that it’s not uncommon for her to receive love letters from underclassmen and upperclassmen alike.

She’s dating her classmate Reo, and currently goes over to her house nearly every single day, to the point that they’re practically a long-distance married couple.[4] 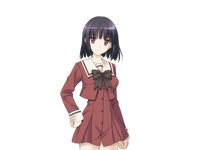 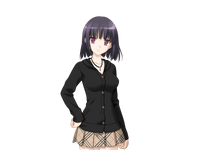 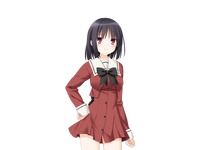 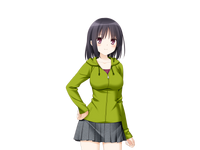 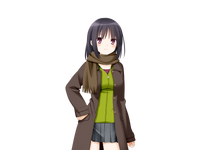 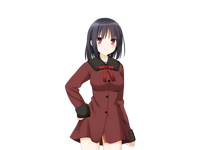 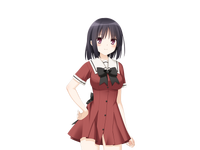 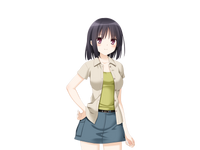 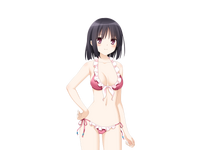 Retrieved from "https://hanabira.fandom.com/wiki/Mai_Sawaguchi?oldid=11330"
Community content is available under CC-BY-SA unless otherwise noted.