A Kiss For The Petals

Fuyuka Toiro (A Kiss For The Petals)

Nanami Oda (織田 七海, Oda Nanami? ) is the first protagonist in the A Kiss For The Petals series. She, along with Yūna Matsubara, form the first couple in the series.

Nanami is a girl of average height. She has pink eyes and bright pink hair, which she wears in twintails tied with light purple ribbons. She also has bangs covering her forehead and longer bangs on the sides of her face.

Nanami has been shown to be a very outgoing and cheerful girl, but when it comes to Yūna Matsubara, she can be either very weak or very dominant. She is deeply in love with Yūna, to the point she might commit suicide if Yūna leaves her, as stated in the extra light novel. She is also shown to be very weak-willed, as mentioned when her mother bought a large cake to celebrate her getting accepted in St. Michael's, she apparently ate three pieces, stating that "Cake to Girls, is like Catnip to Cats!". She is prone to having bad luck, she ripped her skirt on her first day and complained about her luck being bad. Nanami has a major sweet tooth, her favorite food is strawberry.

By her own words, Nanami claims to be a girl quite normal in appearance, but one who does not get shy around people. Official statements from Yurin Yurin say that she's quite knowledgeable when it comes to matters of love, but lacks personal experience.

Nanami insisted on applying for St. Michael's, a school mostly attended by girls from well-to-do families despite the fact that she comes from a middle-class family, just so that she could wear the iconic student uniform. After a small incident during the year-opening ceremony at Saint Michael's, Nanami fell in love at first sight with Yūna.

When not with Yūna, Nanami is often seen making small talk with her friends in class. She likes sweets, especially those with strawberries in them and her hobbies include reading romance-themed manga. She's also quite concerned about having a "small bust and a squishy belly" despite Yūna's reassurance.

Nanami refers to Yūna as "Onee-sama" when they are alone and "Yūna-senpai" in public. Though at times she would call Yūna a dirty girl (エロ乙女 ero-otome), particularly when Yūna makes intense sexual advances toward her.

As mentioned in the first game, she wanted to enter St. Michael's Academy for Girls simply because she loved the look of the uniform. A lot of people believed it to be impossible, but she then proved them wrong. St. Michael's Academy is known for only allowing the high class or rich girls to attend, so Nanami studied hard in order to enroll because of her middle-class status.

A first-year student at St. Michael's, she's lighthearted and energetic with an outgoing disposition. Currently romantically involved with Yūna, an upperclassman.

A young lady with a fair bit of knowledge in matters of love (though not from personal experience) who's quite prone to daydreaming. Her head is always full of romantic thoughts for Yūna!

Surprisingly stubborn, and is usually involved in trifling arguments, even with her partner Yūna. She has such a lovestruck disposition that her discovery that Yūna is actually nothing like how she imagined only caused her to fall that much harder for her.

A young girl, troubled by an underdeveloped chest and a squishy belly, who's madly in love. [1]

A second-year student at St. Michael's, she's a bright and energetic girl with an outgoing personality. Romantically involved with Yūna, an upperclassman.

She's a member of the Environmental Preservation Committee alongside Yūna, and is currently studying extra hard to be able to succeed her as Committee Chairman.

In truth she's heard quite a bit about sex, and is somewhat prone to fantasies. Her head is always full of romantic thoughts of Yūna!

A lovestruck girl with an underdeveloped chest and a squishy belly. [2]

The protagonist of A Kiss For The Petals, a yuri girl whose lover is an upperclassman girl♪

The most sensible one of the group, the fact that the one she's going out with is Yūna is still a secret, even now.

As a side note, Nanami's figure doesn't seem to have changed any (laugh). [3] 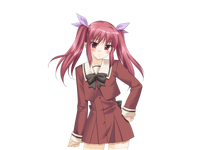 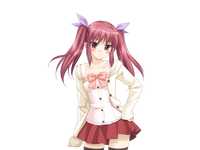 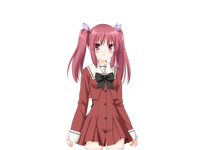 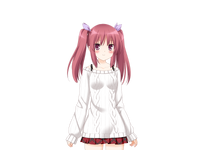 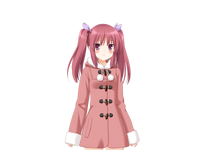 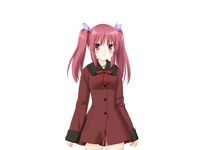 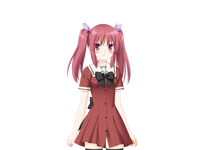 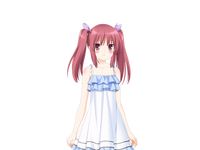 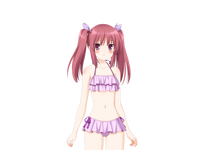 Retrieved from "https://hanabira.fandom.com/wiki/Nanami_Oda?oldid=11321"
Community content is available under CC-BY-SA unless otherwise noted.