Satsuki Uri
Sara Kitajima (北嶋 紗良, Kitajima Sara? ) is the love interest in A Kiss For The Petals - My Dear Prince and the fourth character in the series. She and Kaede Kitajima form the second couple of the series.

Sara is a pretty girl of average height with long light brown hair and blue eyes. She has bangs covering her forehead with long locks of hair falling over her shoulders. She wears a dark brown hairband and, on each side of her face, cross-shaped hair ornaments of the same color. Her dressing style matches her career as a model; as such she wears stylish, fashionable clothes. She has a modest bust.

In an effort to become suitable for Kaede Kitajima upon their reunion in Japan, she has developed very outgoing and cheerful traits. That being said, she takes everything she deems important, such as her modeling career, very seriously. This is shown when she only eats a low-fat protein bar and a bottle of water for lunch, much to the dismay of Kaede and Mai Sawaguchi. She is also shown to get jealous very easily- as shown when other girls were admiring Kaede with hair down and her glasses off- this follows her trait of being possesive of Kaede, whom she believes to be the one for her.

When Sara was a child, she and Kaede Kitajima (Sara's cousin) were very close in terms of Kaede being extremely protective of her, with Sara beginning to develop feelings for Kaede at that young age as a result. However, Sara had to move away from Japan, leaving her distraught. Sometime during her life overseas, she became a teen model, a popular one at that. Later in her teen years, she moved back to Japan to be with Kaede, her feelings left unchanged.

A first-year student at St. Michael's and Kaede's younger cousin. A student model, well-known from fashion magazines. Her mother is an actress, making her a true thoroughbred.

She has an incredibly bright and sociable disposition. With her appearance and personality, she has a charismatic temperament that causes her to unwittingly charm those around her.

She's what you might call an open book, and has a kind of natural innocence. Her affection towards Kaede is in full overdrive, both publicly and privately.

The way she clings to and loves on Kaede in front of others with such a serious expression tends to make the other students jealous of their closeness.[1]

A second-year student at St. Michael’s, she’s Kaede’s younger cousin and junior. She’s currently a TV star by way of her work as a student model, having inherited the showbiz gene from her mother, the actress.

She has an extremely bright and outgoing nature. Her personality and appearance give her an unintentionally charming charisma.

Her upfront personality and manner of speaking give her somewhat of a natural feel. She doesn’t hold back with her feelings for Kaede in particular, whether in public or private.

She’s currently doing on-screen work alongside her girlfriend Kaede, and in a sense they’re the most famous couple on campus.[2] 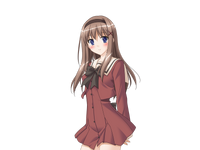 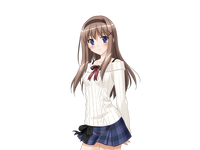 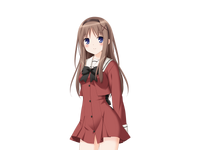 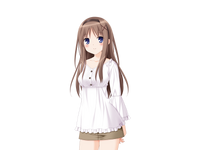 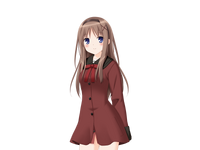 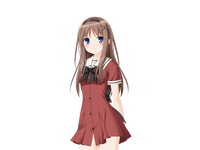 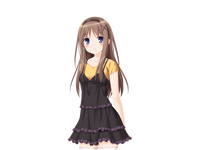 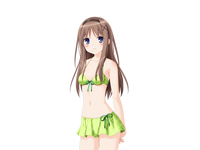 Retrieved from "https://hanabira.fandom.com/wiki/Sara_Kitajima?oldid=11324"
Community content is available under CC-BY-SA unless otherwise noted.